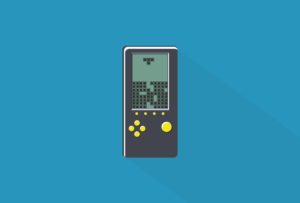 Transcutaneous electrical nerve stimulation (TENS) is a stimulation current therapy in which electrical impulses are transmitted by means of adhesive skin electodes for the therapy of different body regions.
Already in ancient Egypt, electricity was used to relieve pain. Fish were placed on the affected parts of the body, which emitted small electric impulses.
The “modern” TENS effect is based on the gate-control theory or control barrier theory of Professors Ronald Melzack and Patrick Wall. Every pain stimulus is switched to a second nerve cell on its way to the brain in the spinal cord. This pain transmission can be blocked by nerve tracts descending from the brain as well as by stimuli from the periphery. By stimulating the descending inhibitory nerve tracts, the release of endorphins is also increased. This results in a positive correlation in the effect after previous interventional pain therapy, so that TENS is particularly after previous interventional pain therapy very effective and sustainable in many types of pain. With proper application, apart from skin irritations by the electrodes no side effects observed.
The equipment costs are covered by the KVG on prescription according to the MIGEL list.

TENS usage is not allowed
– for patients with pacemaker, implanted defibrillator (ICD) and other implanted electrical devices (possible functional impairment)
– in case of thrombosis (possible separation of blood clots)
– over the front region of the neck, the sinus nerve, the heart or chest (possible influence on heart function and rhythm)
– in the abdominal region of pregnant women
– on wounds, ulcers or inflamed skin
– in case of fever and/or infections