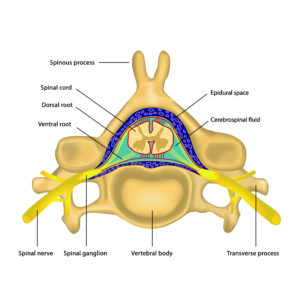 The term epidural block describes the step-by-step injection of medication in the epidural space of the spinal cord, which is the space between the periosteum (bony skin) of the spinal channel and the spinal dura mater (hard skin of the spinal channel). This is illustrated in the anatomical diagram on the left using the example of the cervical spine.
All interventions are performed in the prone position. After manual palpation of the named anatomic landmarks local anesthesia is injected in the planned injection area under sterile conditions.
Now the block cannula is inserted using resistance-loss-technique and by means of x-ray control which is fluoroscopy to the anatomic target region. The correct needle position will then be confirmed by injection of a contrast medium. After this the local anesthetics (e.g. Lidocaine, Bupivacaine) and water soluble glukocorticoide e.g. Kenacort are injected.
Epidural blocks are performed by us for several orthopedic disease patterns, among others for treating nerval root syndromes, lumboischialgia, coczygodynia, postdiscotomie syndrome and postfusion syndrome. In case of orthopedic operations also an epidural block can be medically useful and helpful also for perioperative pain therapy. Besides the pain reduction first of all an earlymobilisation and functional therapy by the physiotherapist is made possible.

These preconditions result in different anatomic access routes and directions, which are demonstrated as follows on behalf of an anatomic model with 2 pictures each for comparison of cervical spine=HWS (on the left), thoracical spine=BWS (in the middle) and lumbar spine=LWS (on the right). 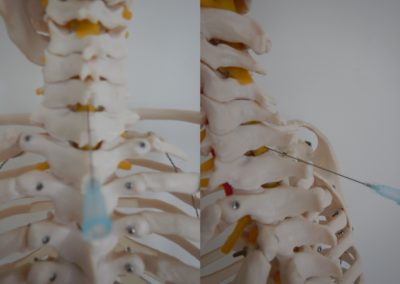 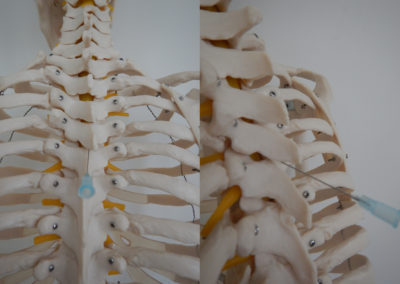 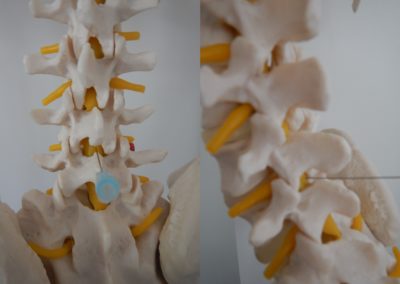 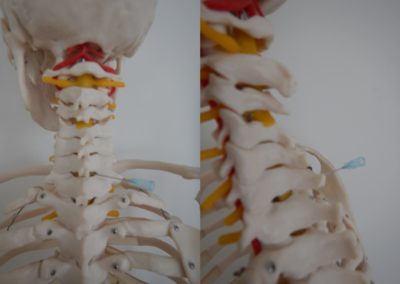 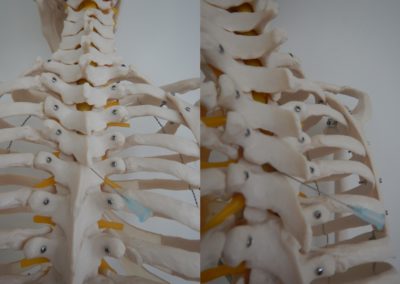 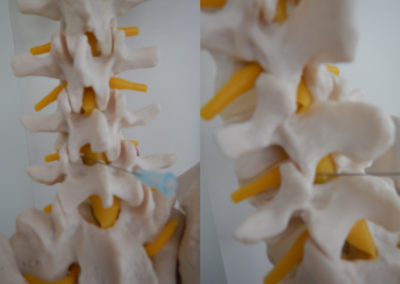 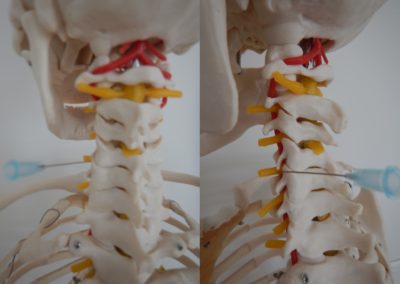 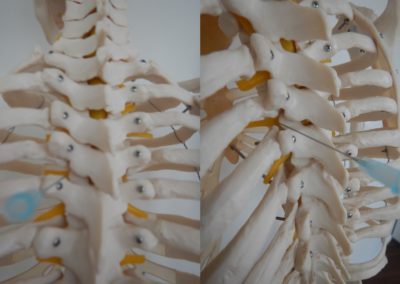 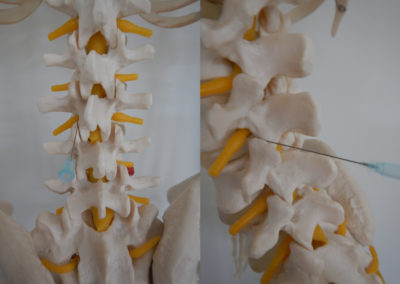 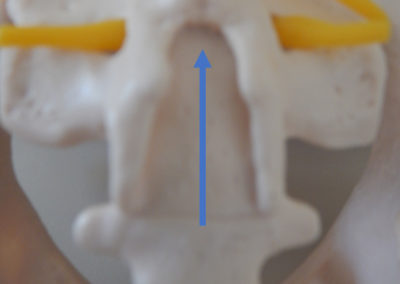 The definitive effect of pain relief usually occurs within a few hours. In some cases, a new intervention is necessary, which can be repeated with a minimum interval of at least one week. The “Single-Shot-Therapy” method described here is as effective as the still commonly used catheter treatment in terms of efficacy and is even superior in terms of effort and logistics needed.